One thing I've learned with having an online business is that you need to be open to new possibilities and directions that you never expected to happen.

I initially started my dinner planning site, MakeDinnerEasy.com, because cooking was a passion of mine. Friends were always asking me for dinner suggestions and I had four small children at home which made working outside of the house financially difficult.

Ten years ago I would have described myself as non-techy. I didn't even know how to download photos from my camera. In the past ten years I not only built a profitable online business but my social media and website building skills propelled me into a different business environment altogether. 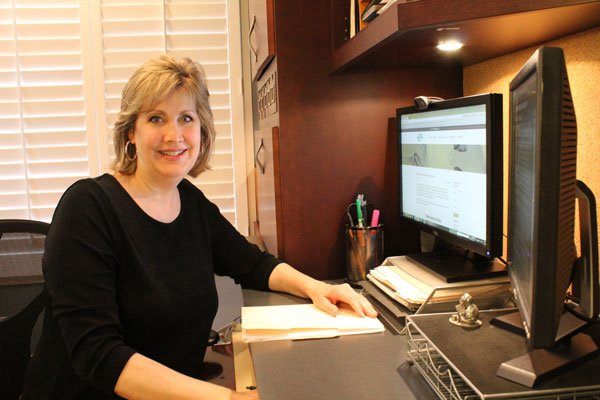 In addition to learning sound SEO practices and keyword research through SBI! I also used social media aggressively to drive traffic to MakeDinnerEasy.com. This worked extremely well in my niche.

So well that my social media presence caught the attention of several businesses in my local area who hired me to assist them with building their online presence.

The Birth of a New Business

I discovered that there was a real need by many local small business owners for SEO and social media management services.

My first client was a grocery store chain. They retained me not only because I was a food blogger but because they liked my approach to social media. I managed the social media presence for that company for four years.

During these 4 years I built up a clientele of over twelve companies that hired me as an independent contractor to expand their online presence.

I was also hired as a paid speaker for business and networking groups and held private training sessions for clients around the country to help them with their social media needs. 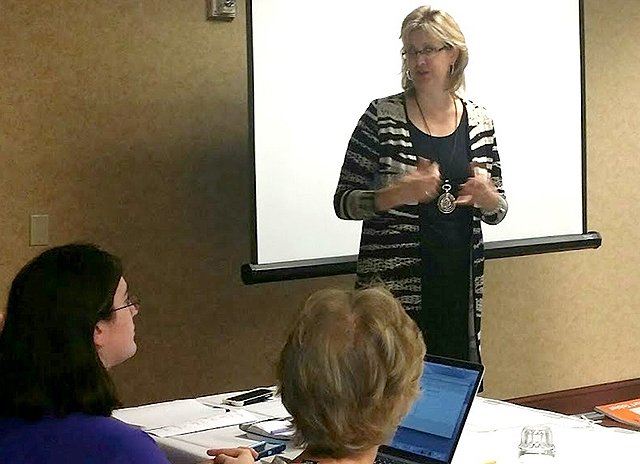 Success came at a price. I was exhausted and working more than 12 hours a day even after hiring an assistant. But then another door opened.

The Birth of a New Career

I joined my local Chamber of Commerce and was on the board of directors. This led to additional speaking engagements and new clients.

One day a fellow board member mentioned to me that there was an opening for a social media specialist at a large organization. First I dismissed it because I had my own thriving business. But, after a few more taps on the shoulder, I decided to apply.

I took the job and I'm thrilled that I did.

The Unplanned and Unexpected Path

I started my SBI! website because I needed flexibility with four young children. This year all of my children will either be away at college or have earned their degree.

In the time they were home I built a profitable online business and learned valuable skills that - as it turns out - are highly sought after.

Now I am enjoying a new career with my newly learned skills. Of course, I also still maintain and manage MakeDinnerEasy.com. Plus, I am a columnist in the food section of my local paper.

Online Business Failing? Fix It or Drop It!

The statistics on solopreneur success are dismal. SBI! increases your chances of success by more than 100x!

The biggest dilemma of the failing solopreneur is figuring out whether to give up or not. No one wants to quit too soon. And no one wants to spend good time after bad. It's a tough problem. Here is the perfect solution...

Use SBI!. Start from the very beginning of the process. "Pretend" to start over. Follow our "Action Guide" and use the tools to the 5th of 10 steps. You will be sure of which road to take...

🚫 Flawless research with objective tools uncovers fundamental errors that are either not fixable, or not worth fixing. This is almost always due to inadequate upfront preparation and research. Start over, this time using SBI!.

✅ You find fixable problems with your online business. Work your way through the rest of the Action Guide, making changes as needed. Your fortunes will turn.

Bottom Line: If your online business is failing, either close this window and keep reading about SBI!, or try SBI! now, risk-free (or, if you use WordPress, read more about SBI! for WP).

The Internet changes fasssst. Most changes are not relevant to doing business online, but many bloggers are quick to comment and to recommend changes.

The noise is intense and it can cost you a lot of misspent time, and not just by trying to read it all. You can lose a ton of time when you follow poor or premature recommendations (especially if they turn out to hurt your business).

Major new developments? We are as proud of being followers (when watchful waiting is the wise course) as we are to be first-to-market when we are 100% sure that something new is both important and will "stick" (e.g., first to update our site-building software to automatically create sitemap files).

We'll provide a few more examples when you close this message, but the bottom line is this...

SBI!'s driving mission is to enable you to succeed. It starts with the perfect all-in-one process/tools/guidance/help business-building solution. Its effectiveness is multiplied by enabling you to focus 100% of your time on your business, period. In practical terms...

In short, auto-updating delivers 100% business-focused efficiency. SBI! saves you hundreds of hours per year, time that you put into your business!

Doing it right and staying focused are why SBIers succeed way more often than other solopreneurs.

No product is perfect for everyone. I only want you to use SBI! if it's right for you. You likely feel the same.

If you're like me, you tend to delay important decisions because you're not 100% sure. Have you noticed how you only truly become 100% sure after you purchase and use a product?

At SiteSell, we not only recognize this, we encourage it! We want you to take full advantage of the 90 Day Guarantee!

Use it as your free Confidence of Success trial. Purchase SBI! and make a final decision after putting it to the test...

If you decide it's not for you, simply tell us.

We Will Refund You Immediately!

There Is Literally Zero Fine Print!

No ifs, ands or buts. There is no "fine print." You can be 100% absolutely, positively sure that we will honor this guarantee.

Since 1997, SiteSell has built a rock-solid reputation of honesty, quality and service. We work with individuals of all ages (over 30,000 customers!), institutes of higher learning, existing businesses of all sizes, and vendors who all know that we mean every word we say.

This guarantee is no exception.

If you ever feel that we haven't lived up to this promise and guarantee, report it to us on the Solo Build It! Facebook page in front of our hundreds of thousands of fans and happy customers.

Try SBI! for 90 days. If it isn't right for you, let us know.
We will immediately honor your refund request, no questions asked.